Hey, I done "Done the Impossible". 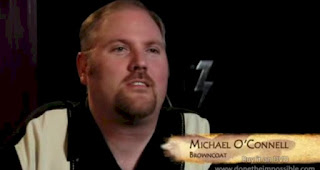 In 2005 I was fortunate enough to get invited to the world Hollywood premiere of the film Serenity, the big-screen continuation of the much-loved but tragically cancelled TV show called Firefly.  It was an amazing night.  I did the whole red carpet thing, ended up sitting with the cast, and got to go to the after-party at Universal and meet and rap with all the stars of the movie and, most importantly, its writer/director Joss Whedon, one of my biggest creative heroes.  Try to imagine the thing in TV or movies you love the most, that thing that you're obsessed with and consider yourself its "biggest fan", and then imagine getting to go hang out with all the people who make it.  Firefly was my thing.  I was a Browncoat (Firefly fan).  So this night certainly fit the criteria of the fabled "dream come true".

But before the film began showing, I, and all the other people at the premiere, had the opportunity to be interviewed by a film crew that was making a documentary about Firefly fandom and the cult favorite show's journey to the big screen.  The doc was to be called "Done the Impossible" (a title that makes immediate sense if you're a Browncoat), and would be hosted by Adam Baldwin and feature interviews with the whole cast, with Joss, with writers and TV producers, and with just plain old fans.  So I sat down with them in a back room at Universal and answered a bunch of questions on one of my favorite topics.  Wasn't hard to do.

The film finally came out in the summer of 2006, and I caught the premiere of it at Comic-Con International in San Diego.  I hoped that maybe I might see a glimpse of myself somewhere in it.  I was quite pleasantly shocked to find myself in it six times.  If I'd had any doubts about my being an "official" Browncoat, I guess they were safely gone after that.  I was now on the record with my Firefly love!


It's a fun film, and if you're a Firefly/Serenity fan at all, you really want to check out all the special features on the DVD.  Tons of 'em!  The DVD can always be purchased at www.donetheimpossible.com.

Good memories.  It's nice to be immortalized as being a part of the whole Firefly experience.  I'll always wear my Browncoat title with pride.  I do believe that makes me mighty.
Posted by Michael O'Connell at 4:15 PM No comments: 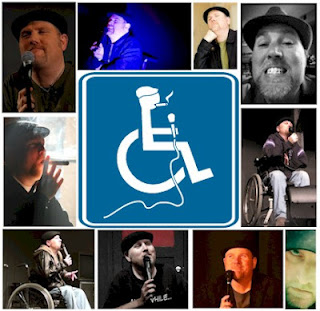 My comedy web site, up until now, has really been nothing more than a glorified blog.  I mean, it got the job done.  I could write about what was going on, and I kept a listing of upcoming shows, and it had links to related sites of mine like my store.  But I always meant to take the time to build an actual web site...like, with multiple pages and lots more info and stuff.  Well, it took me until my third year of comedy, but I finally did it.

The new MichaelOComedy.com is now up and live.  In it, you'll find stuff like my comedy bio, a listing of places I've performed and interviews I've done and such, some photos, a few videos, detailed listings of upcoming shows and the ongoing shows I'm involved in (Smokin' & Jokin', The Comedians with Disabilities Act).  And there's a page on contacting me, so people who actually want to book me (it happens from time to time...) can actually do so.  And I gussed it up pretty, so it's more fun to look at.  Oh, and the blog (the original MichaelOComedy) is still there, too, accessible through a link at the top cleverly titled "Blog".

So I'm hoping you'll do just that.  Drop in and give it a look, and turn there first to find out where I'm going to be next and what's going on in my comedy world.  See you there!
Posted by Michael O'Connell at 1:50 AM No comments: 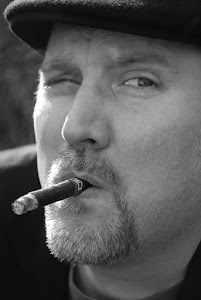